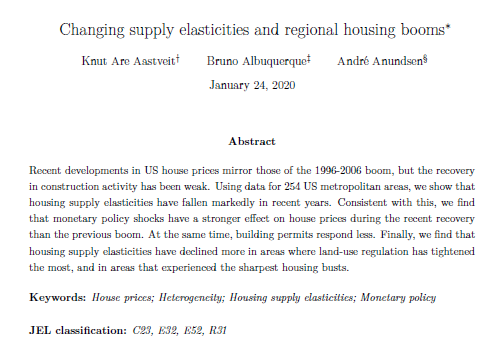 The paper “Changing supply elasticities and regional housing booms” by Knut Are Aastveit (Norges Bank), Bruno Albuquerque (Bank of England) and André Anundsen (Housing Lab) was mentioned in an article by the Economist published 30 April:

America is getting worse at building new homes

Previously the paper has been mentioned in the following two articles by the Economist published 16 and 30 January:

As wages grow across America, one state is left behind